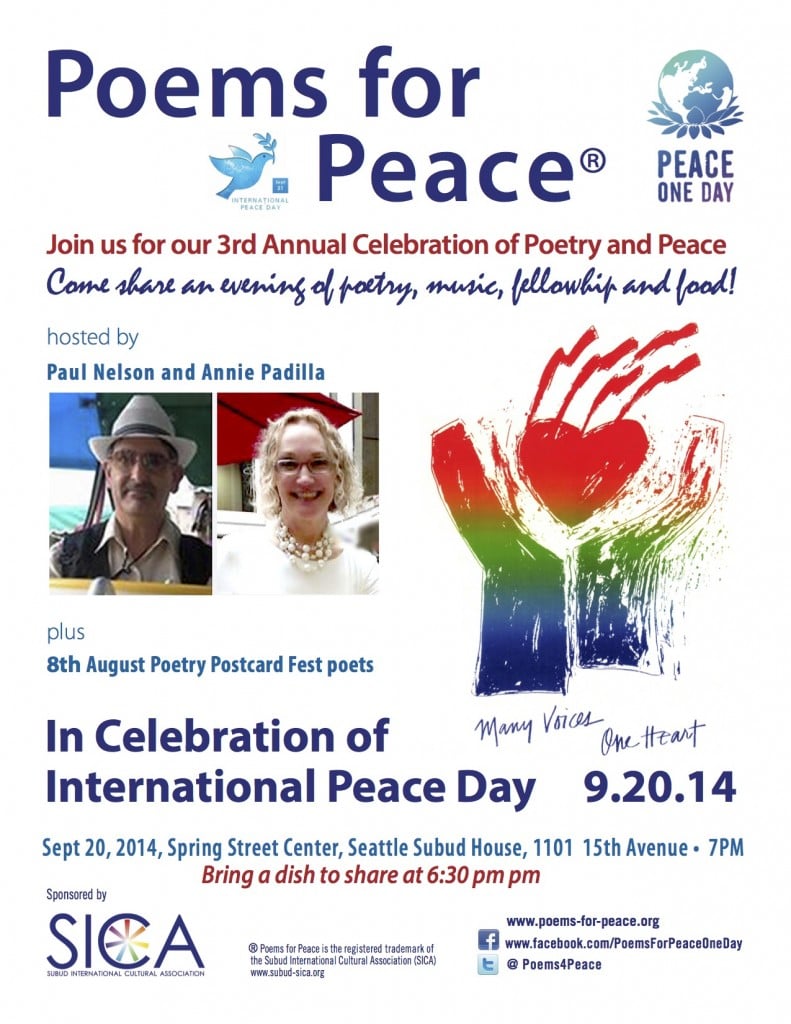 The third annual celebration of poetry and peace, Poems for Peace, sponsored by the Subud International Cultural Association, is set for Saturday, September 20, 2014, at 7PM at the Spring Street Center/Seattle Subud House, 1101 15th Av, Seattle, on the corner of 15th & Spring.

Anne Padilla and Paul Nelson are your hosts and the evening will feature food, drinks, fellowship and poetry related to the theme of peace in honor of the U.N. International Day of Peace. Invited to read are those poets who participated in the 8th August Poetry Postcard Fest reading a poem or two they wrote during the month and one or two they received. Confirmed performers include:

THE SUBUD INTERNATIONAL CULTURAL ASSOCIATION (SICA) is a nonprofit organization providing programs and services to individuals and organizations working to nurture human values through art, culture, and creativity. SICA provides information, training, networking and support services as well as opportunities to engage and collaborate with cultural initiatives and events around the world. SICA, which has a constituency in almost 90 countries, is an active member of the International Coalition of NGOs for Peace jointly led by Peace One Day and Interpeace as well as Americans for the Arts. SICA was begun by members of the World Subud Association in the UK in 1983 and is currently based in Austin, Texas, USA.