Three Weeks to the Fest

This (A Poet’s Nanaimo) on the fest from Nanaimo poet Mary Ann Moore’s blog:

Wherever we let the land belong Old stone wall,
the house
at Indian Beach.
Village women,
another lifetime,
their voices,
and the drums.

There’s an old stone wall near Indian Beach at Neck Point Park in Nanaimo. It’s one of the few things that remains of the house that once stood on the property.

When I refer to the old stone wall in “Fragments,” my poem excerpted above, it’s that special place with its view of Shack Island, Washington’s Mt Baker, and the coastal mountains of the mainland, ancient memories of village women, “their voices and the drums”. 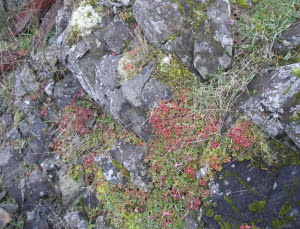 The spiritual aspects of ceremonies and of this ancient place, generational identities and even sexual orientation blend together for me here in Nanaimo on Vancouver Island, British Columbia. Memories of travel, words from other poets, all define who I am here and help me describe “a poet’s Nanaimo”.

The land here – the river, estuary, harbour, island and ocean – is the basis of the traditions of the Snuneymuxw First Nation (The Great People). This land is also the source of their inspiration. The Snuneymuxw have lived here for over 5000 years.

Their winter village was Departure Bay where ferries now come and go. The Snuneymuxw know their village as Stlilup. Towards the present downtown, are sites of other ancient villages including along the banks of the Millstone River where the Howard Johnson Hotel is now located. And there were original village sites in the Nanaimo harbour, on the Nanaimo River and at False Narrows on Gabriola Island.

Robert Bringhurst, in his poem, “Stopping By,” writes:

Wherever we let the land belong
is called What Happened Here Before,
because what happened here before
is that the land learned how to be
What it became. That is to say,
it learned how to learn, day after day,
to belong where it is. That is the story
of each place that is a place and every
thing that is a thing. It is the only way
a being can become what being is.
It is the story of the riverbeds, the gravels,
bedrocks, mosses, Douglas firs,
the northern toads and black-tailed deer.

When he refers to “What Happened Here Before,” Robert is naming a poem by Gary Snyder whose poems and prose “explore many cultural and bio-regional dimensions of the whole West Coast.”  (Quote from Cascadia: The Life and Breath of the World edited by Frank Stewart and Trevor Carolan.)

Robert Bringhurst, poet, typographer, translator, cultural historian and linguist, is one of the presenters coming to the Cascadia Poetry Festival in Nanaimo April 30 to May 3, 2015.