SPLAB Living Room for Tuesday, May 15: No Lack of Ghosts 7P 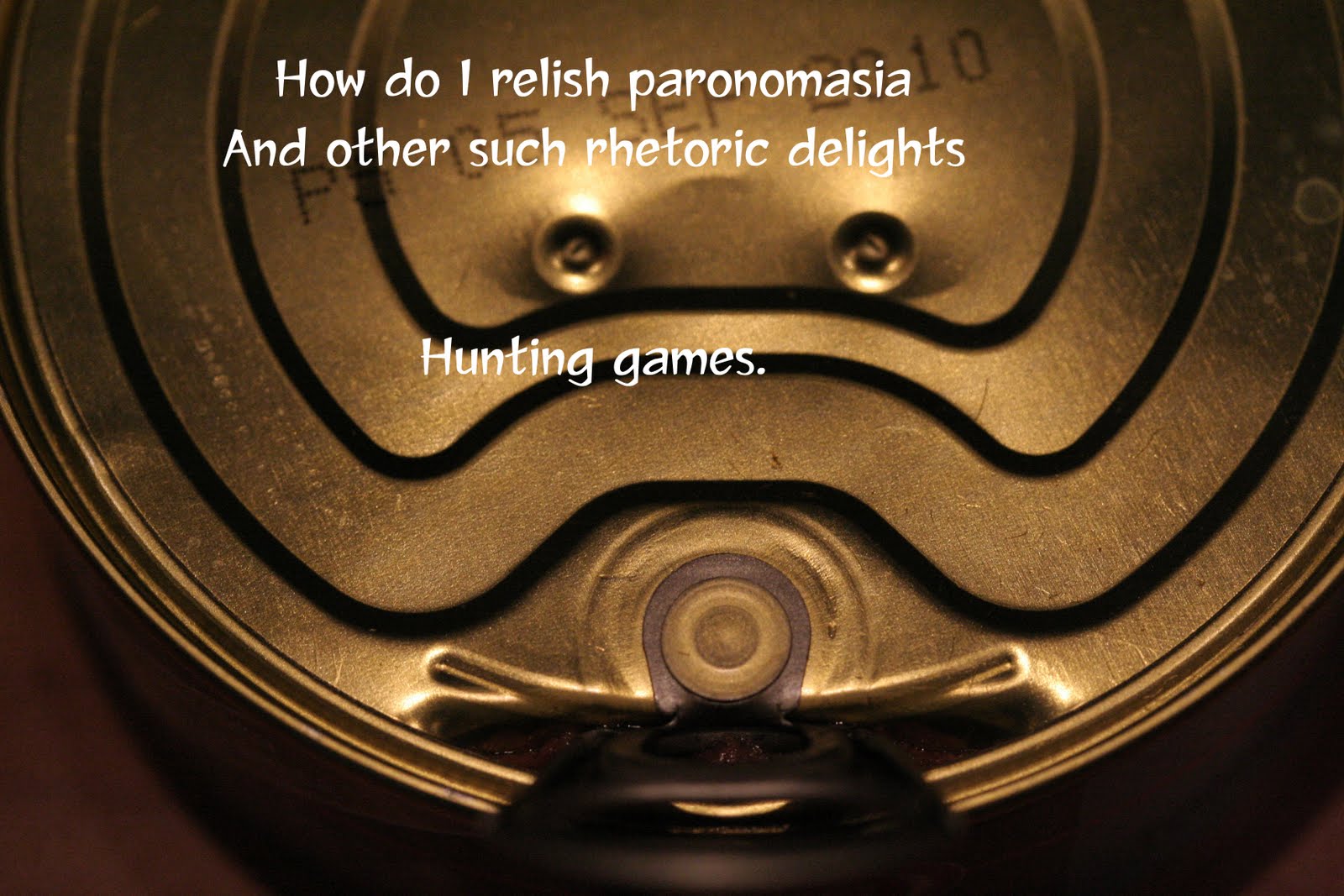 Paranomasia has nothing to do with a lack of ghosts.  Rather, it comes from Greek, meaning word-shunting, and refers to the deliberate exploitation of words to achieve multiple meanings, ambiguities, humor, etc. (i.e., punning; i.e. cummings) — a way of subverting the dictionary’s prescription of a word to open it’s field for play.  Such can be achieved through an infinite variety of means, including free-association, allusive variation, homonymy, you name it.

This week’s living room participants will engage in a brief workshop wherein they will be supplied with a “hinge word” around which to swing — to play — to pun.  We’ll be shunting words — sidetracking and diverting their meanings — to make new ghosts of what dictionary dogma forces down our throats.  Bring original work — punny or un — to have lovingly critiqued. Your guide is Alex Bleecker.

Living Room happens @ SPLAB in the Cultural Corner at 3651 S. Edmunds. (Look for the SPLAB sign on the wall and come inside.) We’re 2 blocks from the Columbia City Link Light Rail Station. (Parking is available on the school grounds.)