The open mike starts at 8:00 (with sign-up prior to that. Usually a 5 minute time limit w/ readers chosen at random from the list). Claudia will come on around 8:50 and give us 20 minutes or so of work. 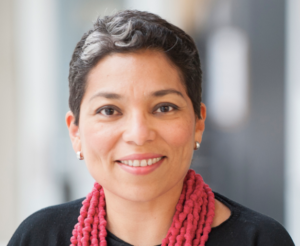 CLAUDIA CASTRO LUNA is the Washington State Poet Laureate, 2018 – 2020. Castro Luna fled war-torn El Salvador for the United States at the age of 14 with her family, and went on to earn an MFA in poetry and an MA in urban planning. After working as a K-12 teacher, she became Seattle’s first Civic Poet, a position appointed by the mayor. In that position, Castro Luna won acclaim for her Seattle Poetic Grid, an online interactive map of showcasing poems about different locations around the city. The grid even landed her an interview on PBS NewsHour. She is also the author of the poetry chapbook This City and the collection Killing Marías. See Paul Nelson’s interview with Claudia here.